This website uses first and third party cookies to improve usability and collect statistical data of your navigation on the site. By continuing to browse this site you accept the use of said cookies. For more information see our cookies policy. OK

Located on the north-eastern coast of the Iberian Peninsula, the accessibility of the city is just one reason why this city is the perfect charter holiday location. The allure of this international city is in its enchanting metropolitan energy all while maintaining a relaxing Mediterranean flow. From the breathtaking architecture to the glittering deep blue seaside of the coastline, Barcelona is a postcard image of a city. The balance between old and new is irresistible - from strolling through the streets of roman ruined walls of the gothic quarter, shopping on the designer street of Passeig de Gràcia to cycling down the Barceloneta seaside. Below the peaks of the mountainous backdrop in the bustling city centre, Barcelona is decorated in spectacular structures such as the La Sagrada Familia, La Pedrera, Casa Batlló and other magnificent architectural treasures designed by the late Gaudi.

Exploring Barcelona by yacht gives you a different perspective of the great seaside city. Charter a yacht down the coast and you can take in the skyline of the city centre as well as the sights of Tibidabo and the Serra de Collserola mountain ranges which are both home to beautiful natural parks. Every corner you turn in this city you are greeted by the beauty of the city. Anyone who has spent time in this city can agree that this city has a special allure to it. The local gastronomy is just as important as its natural wonders and architectural creations. With an international culinary scene home to some of the greatest chefs from all over the world and Michelin star restaurants, you can delight in the experience of the local flavour of Barcelona. A city with never-ending opportunities to explore, it’s no wonder why Barcelona is internationally known as one of the greatest cities in the world. 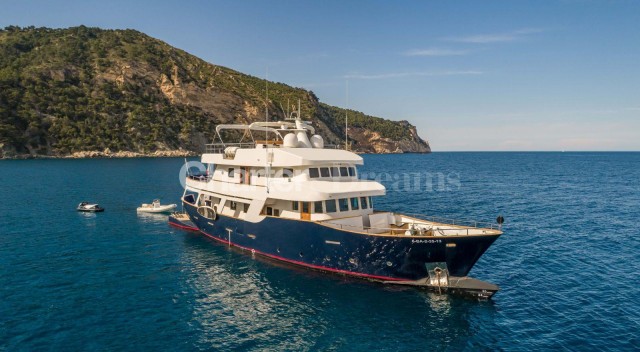